A downloadable Horror game for Windows

The original game was deleted

The story of the game doesn't make sense... just play it

Also the story didn't get uploaded here, here it is.

A strange guy named Mr. Bread insisted you go looking for bread, but in fact, you collect more than one bread, in a house haunted by monsters, spiders and other strange creatures, without knowing why you have to collect ten breads if the strange guy says to search only one bread to move to the next level.
You'll find out along the way, if Mr. Bread is a good character or a bad character, so far he's just a strange character.

He said that the story doesn't make any sense. I think it actually enhances the game and it makes a lot more sense now.

Reply
Noli5 days ago(+1)
A guide on how to beat this game, and a short review.
Reply
PainicaGame5 days ago(+1)

I finally beat it!

Man, if only i could play the old game

i found the bread, its in the fridge

i seen this game on a recent video from mediagamesguide,and i think this game is...AMAZING 69/10 BEST GAME EVER

I am yet to beat this game, and i genuinely love it even though it appears to be satirical, humorful and a joke. It brings actual fear to me with everything, the music is so weird hypnotic and great, i would kindly ask you to upload the soundtrack fully on youtube with the title screen. The slow controls, camera movements, the bread model, the textures and shadows on it, it just triggers dopamine in me, everything fits, and the jumpscares aren't even that good but they are so unexpected i love them.

I'm glad you enjoyed my game

The bread was searched, but what did it find?

You can't open the door, but you can go through it 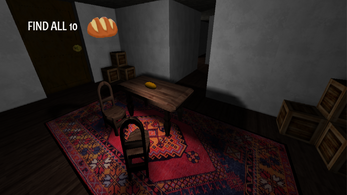 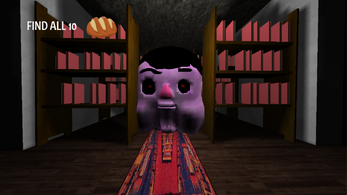 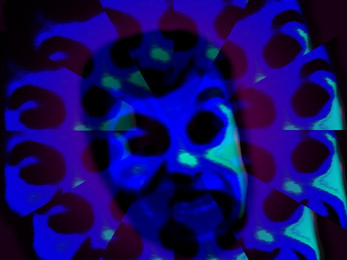